The UK edition of our first Children's Book "Poultry at Lavender Cottage" by Brenda Hooks Harris was launched on July 7th 2015 in London and is for the 7-11 year old audience. 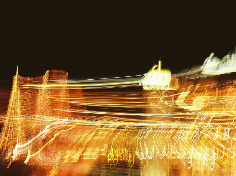 Our first Photographic Book by one of the world's leading fine art photographers will be published later this year. 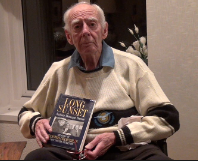 History as told through the memoirs of leading players on the world stage. 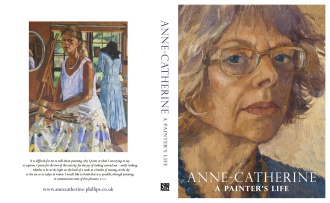 A Retrospective book about Anne-Catherine Phillips  celebrating the richly talented life of a wonderful artist.

TAKI in The Spectator writes:

"Captain Bungle’s Odyssey is published by Podkin Press and this week was launched at the Royal Thames Yacht Club. To spend 379 days at sea is an incredible achievement in itself, but I was especially interested in the fact that Paddy found time to do 100 squats a day, and in clement weather in the tropics 32 circuits of the deck, which is approximately half a kilometre. ‘The only clue I had that humanity existed was the radio.’ While navigating in the Pacific he listened to radio Cuba, and when sailing in the Atlantic it was mostly religious programmes. Good for you, Paddy: 379 days without porn and crappy gossip about ghastly celebrities must cleanse one’s soul as well as one’s body and mind."

"A fascinating autobiography of a woman of great courage facing danger, disease, loneliness, and nostalgia for home. Lorraine Gradidge tells her story with unwavering honesty."

"This one's different though, chiefly in the quality of its observations, very original and copious photography, and artwork..and it's about a voyage actually worth reporting: round-the-world solo in a 27ft(8.2m) wooden Buchanan yacht (a Clyde Cruising Club 6 1/2 Tonner) in an effort to beat Robin Knox-Johnston's record of 312 days set in 1968-1969 aboard the 32ft (9.8m) Suhaili. That sounds refreshingly unambitious on the face of it, but even today 45 years on from Suhaili's record, sailing around the world non-stop, solo and south of the three great capes, is no joke. In fact, in a boat of similar size and vintage, it's almost unheard of, and Paddy came within a whisker of losing his life.

In the Southern Ocean, Paddy suffered a  prolonged episode so awful as to be by his own admission, indescribable. With a gale that averaged 45-50 knots for 48 hours, he was chased by what appeared as "100ft cliffs approaching". Paddy suffered at least six knockdowns within the space of a few hours, with two of them "probably", and then "certainly", 360 degree rolls. It says something for the mayhem of being tossed like a cork in white water that he cannot be certain. The second 360 degree was sufficiently severe to occasion a stop in New Zealand for repairs. Two more complete rolls follow, then "the next 22 days were the same". he reached NZ safely to complete his voyage, so no record for Paddy and his yacht Tessa, but no less of a ripping sea yarn for it.  SMH." 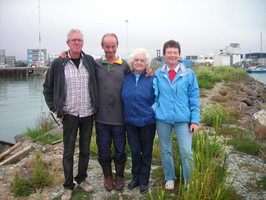 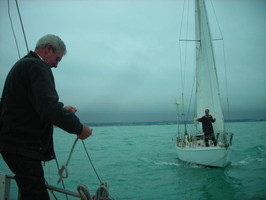 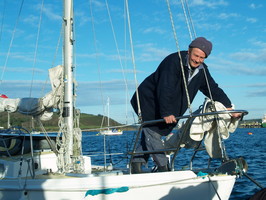 PLEASE NOTE THIS SITE is still under construction!

Podkin Press was originally formed in 2008 to publish “Long Sunset” by Anthony Montague Browne, Winston Churchill’s last Private Secretary, a title that had gone out of print.

We publish brand new titles and out of print books. We have titles focusing on World Sailing Adventures, the British in India, Period sports titles, Military History, the Arts and Children’s titles.

In October 2013 we launched “Last of the Raj Memsahibs 1929 to 1945” Memoirs of a Cavalry Officer’s wife by Lorraine Gradidge with a Foreword by Sir Mark Tully K.B.E. Available in Hardback. 121 pp. in black and white.

Our latest title is  “Captain Bungle’s Odyssey” Single Handed Round the World by Paddy Macklin available in both Hardback and Paperback. 288 pp. in full colour.

ALL TITLES ARE AVAILABLE DIRECTLY FROM PODKIN PRESS OR THROUGH BOOKSHOPS AND ONLINE OUTLETS SUCH AS AMAZON. 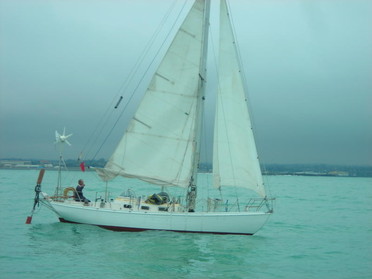 Want to know more about the books available? ﻿Get detailed information from this site. Thank you for visiting with us! ﻿